Head rotation degrees and its calibration 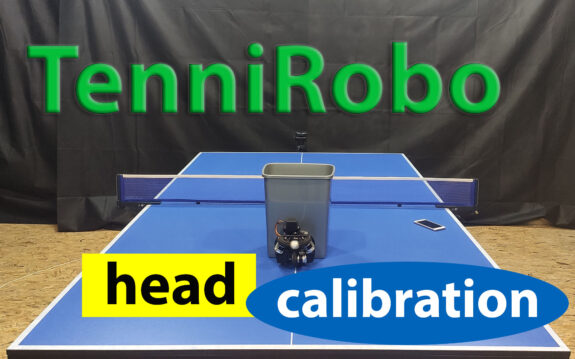 An app update is coming soon, bringing new amazingly flexible random modes for robot drills. To make this possible, I had to fundamentally change the application “under the hood”, but it was worth it. Now it will be possible to save and restore all random settings (many users asked about this possibility) and make it very flexible to customize random drills.

I will tell you about all this immediately after the release of the new version. The new version is still being tested, but for now I want to acquaint you with one more function. At first glance, it looks insignificant, but in fact it is very important both for the usability of the robot and for the future development of the project as a whole. It is ….

How many times have you had to slightly move the head to fine tune a shot? You roughly aim the head, take a sample shot and see the result. It took several tries, and although over time an intuitive understanding of where to point the head comes, it still takes some time. The only inconvenience was that the application did not tell you at what angle the head was turned.

In the new version of the application, the head rotation angles are set in real units of measurement – degrees 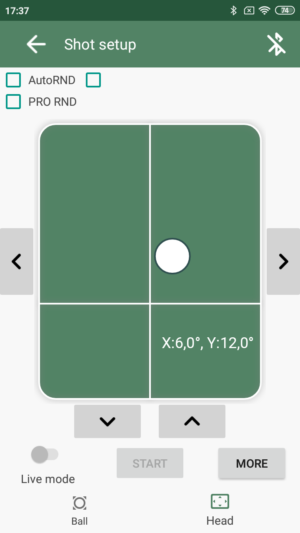 Our tests show that the result is accurate enough, which means it can be used. For example, you can very quickly make a “mirror” shot, i.e. move the shot from left to right and vice versa. Or quickly and accurately set the desired direction of the shot with fewer attempts – once you know the required angle, you can easily set it again.

However, not all is so simple. To create this functionality, I had to do a huge amount of work before everything worked as expected. However, not everything will work for you right away, but ONLY after you complete the procedure of Head Calibration. Moreover, this procedure is absolutely essential before you start saving shots and drills with the new application. By the way, the old saved shots / programs will not appear until the calibration is done (they have not disappeared anywhere, the app is just waiting for the calibration to be completed). So, …

If you have already imagined how, armed with a bunch of measuring equipment and smart books, you are conjuring over a robot – you can relax, you don’t have to do all this stuff 🙂 For your convenience, the application will offer to use a wizard which will guide you through all stages of the procedure.

What do you have to do? Nothing special, you just need to tell the robot at what settings its head is in the middle position, as well as the maximum permissible ranges of head rotation “left / right” and “down / up”. The app will calculate the rest automatically and convert your saved shots / drills into a new format.

For clarity, I made a video that demonstrates the entire calibration process (for convenience, turn on subtitles):

The algorithm of actions is as follows:

That’s all. I wanted to tell you about this in advance so that you are “armed” with the knowledge after installing the new version. I think that testing will be completed very soon, and you will be able to evaluate all the new features yourself. I promise you will love them!