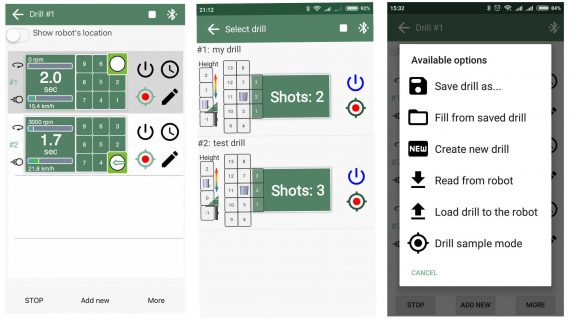 I love summer! Warm weather, sands near a river, swimming… Usually, in July I spend a few weeks near Dnipro river in Ukraine. It’s a great time for working with software updates because I am not able to test new TenniRobo features on the table here, but I have a laptop. As a result, I’ve just released the new update for TenniRobo mobile app, and I want to tell you about its new features.

Before this update, TenniRobo had only one method of running drills – from its memory. To apply any changes user had to load the whole drill into the robot’s memory and start it. Despite the fact that this function is really useful when you are playing with a disconnected robot, it was not very handy for creating new drills.

Now you can run your drills just from the drill edit page (the Start/Stop button on the left bottom corner). Even more, when the robot is shooting, you can see which shot is going to be done next. You can edit any shot and robot will apply these settings after the second shot, or you can sort the order of shots in the drill. 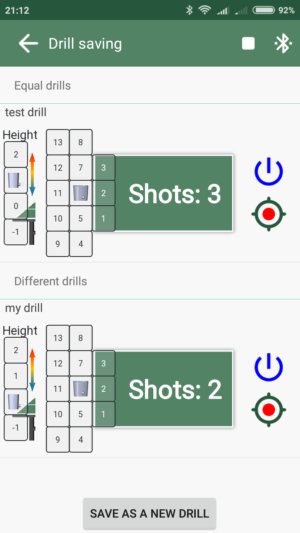 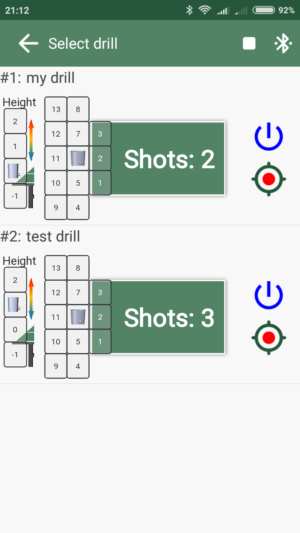 Also, you can run any saved drill from your phone in “Live mode” just from a list of drills – press a blue button

What is the difference

To help you distinguish in which mode the drill can be run, the app now uses 2 different buttons colors

Another improvement – the “Stop” button on any page. It’s a simple but useful feature now allows you to stop a robot from any place in the app (for example from “Settings” menu or “Save” page). Here is it:

A super useful “Sample shot” option has a hidden feature – you can choose the number of samples from 1 to 3. Just multitap this red button for shot 1, 2 or 3 times

Actually, this function had been added in the previous update, but I’ve never described it before. Thus it is better to do it now than never. 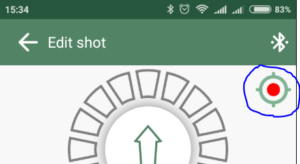 If your phone uses energy-saving options, usually it switches off the screen after a short period of time. It might be annoying to turn it on again and again for each Start/Stop operation. The last app update allows you to keep the screen on while the TenniRobo app is active.

The same features have been added to both IOS and Android apps. Thus, update and try!